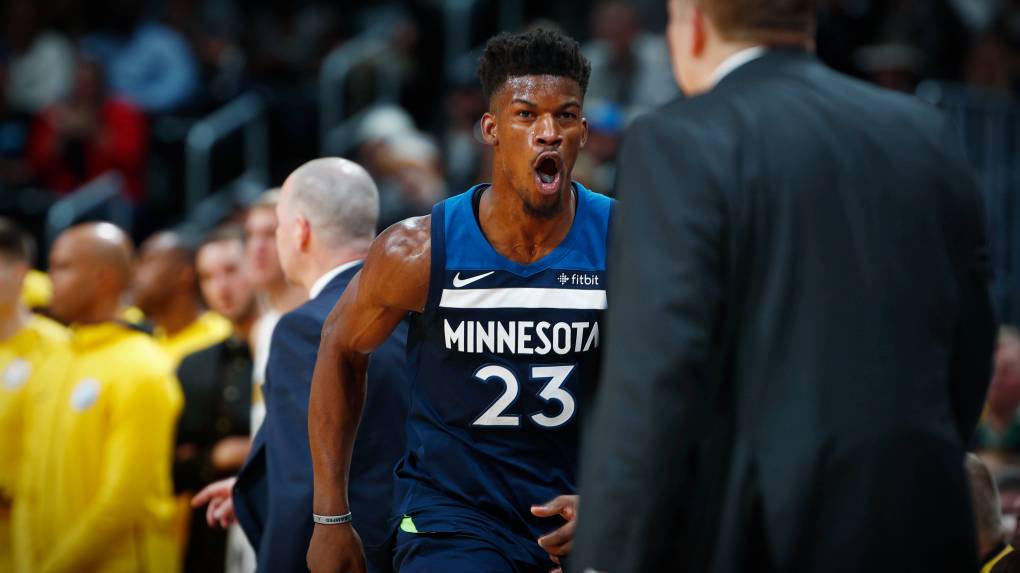 If you’ve followed “The Bulls Charge” or B2 Hoops for any amount of time, you’re well aware that there is no greater Jimmy Butler fan – or #Butlermaniac – than me. Ever since the Bulls drafted “this kid from Tomball,” I’ve been enamored with his intensity, his passion, and his work ethic.  He embodied the Tom Thibodeau Bulls through his relentless dedication, playing with toughness, and working his way from obscure rookie to multiple All-Star selections.  I’ve defended him when it became clear that he was becoming something of a diva and I defended his lack of production in the postseason vigorously by offering up partial excuses that really didn’t hold much weight.  The truth was evident: He came up short.  He came up short when the Cavaliers were missing Kyrie Irving and Kevin Love and the Bulls still lost the series.  He came up short on April 5th, 2016 when it was becoming clear that Jimmy Butler was the best player on the Bulls now, not Derrick Rose, and in a must-win game to get to the Playoffs against Memphis, Jimmy registered only 5 points in on 8 attempts in 35 minutes.  After Rajon Rondo‘s injury in the 2017 Playoffs, Jimmy Butler came up short again and the Bulls lost four straight to go home.  He came up short last season too with Minnesota averaging 15 points, 6 rebounds, and 4 assists in the Playoffs against Houston.  Good numbers? Yes.  Franchise player quality? Not at all.  Still, I defended him half-heartedly by talking about his bum knee and the weird play of Karl Anthony-Towns.  There’s been no greater Jimmy Butler apologist than me.

What Jimmy Butler is doing to the Minnesota Timberwolves is pathetic.  He’s refusing to go to work and play for the coach and many of the players that believed in him and supported him in his rise to stardom in the NBA.  He’s turning his back on a tortured fan-base that is desperate for a winner and has a great foundation in place to make some noise in the NBA with Karl Anthony-Towns, Andrew Wiggins, and the hypothetical partnership with Jimmy Butler.  They just needed a few more pieces and things were looking up as Derrick Rose looked like he found his role as a spark plug off the bench in the Playoffs, Anthony Tolliver was brought in for shooting off the bench, and the Wolves spent the offseason plugging holes.

Then Jimmy waited until late August to demand a trade.

Instead of giving the organization the courtesy of notice and allowing them ample time to shop him, he makes a demand mere days before training camp was to begin and then refuses to report or play.  Then shows up again yesterday and reiterates his demand to be traded.  Who is this guy?  This isn’t the guy that was “just a kid from Tomball, Texas.”  This wasn’t the guy who inspired with his story of growing up homeless and making the NBA.  This wasn’t the guy who started off buried on a contender’s bench and then fought his way to the top and became the guy.  This was the pretentious dude posting pictures on Instagram with Mark Wahlberg and calling his teammates out in the press.  This was a diva.

Maybe I’m just disappointed because it seemed like Jimmy Butler was a throwback to the 80s and 90s and seemed to have that competitive fire of being “the guy.”  He seemed to be the one guy in this era who wanted to be the face of a franchise, even if it was a small market like Minnesota.  He seemed like he loved the obstacles that were put in front of him and wanted to overcome them.  He seemed to be cut from the same cloth that Tom Thibodeau was – this hypercompetitive, determined, stubborn individual who was in danger of becoming a relic in today’s NBA.

But just like all of those moments in his career when he was called upon to be the man – like he wanted and like he dreamed of – Jimmy Butler came up short again.  That’s the real Jimmy Butler and as a Butlermaniac, I feel betrayed by it.